MOO U News: Dabo asks Spurrier to step outside

Tired of getting humiliated every time he gets in a verbal exchange with Steve Spurrier, Dabo Swinney has decided to focus on age.  “He may whip my fanny every year, and I may look like an idiot when I try and exchange barbs with him, but I can kick that old man’s fanny, I tell you what.”

Swinney says Spurrier can meet him behind the Li’l Cricket in Pelzer anytime he wants to settle things.  “I’ll even buy him a moon pie and an RC.  That old man wants none of this greatness.  Football wins or not.”

When asked who got the best of things this year between the two of them, Dabo sat in deep thought for a second before saying “SHUT UP,” shooting us the bird and storming out of the room. 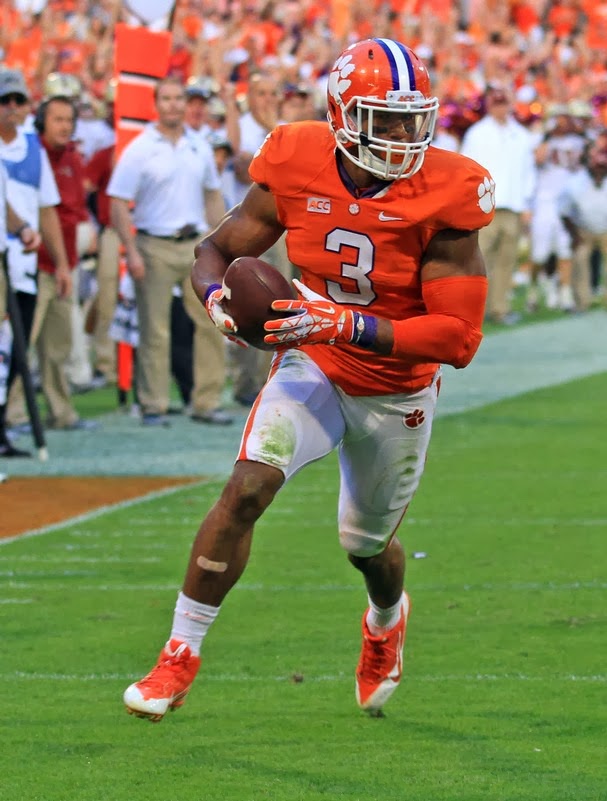 In a $urpri$e move, Clem$on wa$ able to “convince” Vic Bea$ley to remain in Tigertown for another $ea$on.  The my$tery i$ why Bea$ley would do $o when it wa$ clear he wa$ headed to becoming a high draft pick in the NFL draft.

$ounding le$$ than believable, Bea$ley $ay$ he ju$t changed hi$ mind and wanted to come back.  I gue$$ we’ll never know what the real rea$on i$.

Going into the bowl games, The Tiger Swag held onto a 9 point advantage in our CLAWS vs. PAWS contest.  The Tiger Swag picked USC to win and cover the spread.  They did.  This gave The Tiger Swag 10 points.  His final score for the season was 139.  However, he picked against his beloved Tigers and went with the Buckeyes to cover the spread and win the game.  Clemson won...The Tiger Swag lost (although I am sure he is not too sad about this particular defeat).

What a game!  Congrats to both the Gamecocks and the Tigers on great seasons and great bowl wins.

Be patient with us “Oldies” you Young Gamecocks. We’ll get there!


I have said many times that I am grateful my 7-year old is growing up a different kind of Gamecock.  His perspective on USC athletics is the polar opposite of his Daddy’s, and that’s a GOOD thing.  But it does lead to some natural conflict between the generations.

Let’s start with football.  If you want to know why I am so negative about things, consider 1976-2008 on the gridiron.  I had the pleasure of witnessing 2 football seasons of more than 8 wins in those 33 seasons.  2.  Shoot, throw in the 8-win years and it only “grows” to 7 seasons I think.  Maybe 6, maybe 8, but you get the idea.  Not many!  Add in that Carolina’s record against Clemson in that span was 8-24-1.  Go look it up youngsters if you don’t believe it.  I had only seen 8 wins over our rivals when I turned 38.

Hoops was no better.  The McGuire years were ending badly when I started going to games I can remember on a regular basis.  Yes, we have won an SEC title in hoops and I enjoyed that.  Yes, we won the NIT twice.  Enjoyed those as well.  But we have not won an NCAA tournament game since 1973.  Yuck.  And my Mother and I drove to Pittsburgh via Big Otter, West Virginia one time just to say that I finally saw one!  Thanks, Coppin State.

Baseball was the best option for me growing up, no doubt about it.  We did make the College World Series a few times and June Raines had an okay program but nothing to scream about.  Even the first big success of the Tanner era in 2000 ended with the sad losses to U-La-La.  And yes, we had the run to the Title game in 2002 and knocked Clemson out of Omaha the 1st time then which was fun.  But even with baseball I had to wait until 2010 before we won the national title in a men’s major sport.

So you’ll have to forgive us “older” fans for wanting to stop and smell the recent roses a bit before “demanding” more from our program.  Sure we want more moving forward, but things are a heck of a lot better than they used to be.

My son has lived through 8 football seasons so far.  None of them have landed a losing record.  4 of them have garnered at least 9 wins.  Three 11-win campaigns.  A 6-2 mark against Clemson.  The school’s two biggest bowl wins in history.  An SEC East Championship.  I get it why he sees things differently.  And I’m happy.

Baseball for him is even better:  2 national titles, 2 SEC titles, constant Super Regionals and Regionals, a domination of Clemson’s Jack Leggett, always ranked in the top 10 and watching games in that beautiful new stadium.  Hoops obviously is not fixed yet but you get the idea Frank Martin will get there if we’re patient.

So I know you young whipper-snappers want more and you’re hungry for it. Good for you.  The rest of us in our 40s will get there too.  Just be paitent with us.

LOL  It’s a great time to be a Gamecock!
Posted by Cock-A-Booster at 10:11 AM No comments: