MOO U News: Dabo to seek refund from Chad Kelly 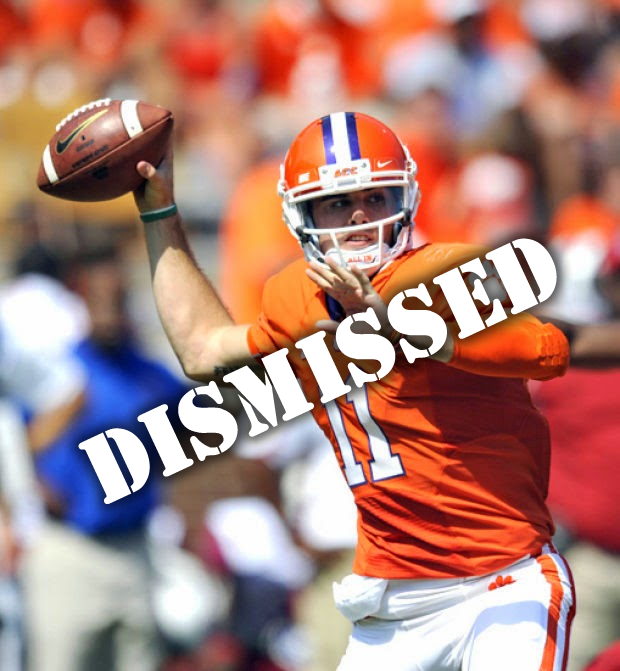 Clemson released its latest overrated greatest quarterback ever this week, telling Chad Kelly his behavior wasn’t up to Clemson’s standards.  Yes, the school that has given us models of morality through the years such as Kenny “Don’t send flowers to your Mother” Flowers, “Speed Bully” Dabo Swinney and “Controlled Substance” Sammy Watkins has apparently drawn the line at cocky mouthing off.


This latest staged publicity stunt may actually backfire against the Tigers, unless they can get back the recruiting money that was invested in Kelly.  “Yeah we’ll treat this like any other accounts receivable situation,” said Swinney, who knows Clemson may never see that money again.  “It’s true that we need that money to spread around to other recruits but if not we’ll adjust.  We may have to lean on our South Florida guy again for a while.”
Posted by Cock-A-Booster at 2:34 PM No comments:

MOO U Top Ten: Top 10 ways you know a Clemson has vandalized Williams-Brice

Top 10 ways you know a Clemson has vandalized Williams-Brice

A fresh “tiger paw” was recently painted on the field at Williams-Brice this week.  Was it a Clemson fan?  Here is the evidence it was:

10.  Even when vandalizing, Clemson cannot reach the end zone against the Gamecocks.
9.  The words “no we’re not overly religious” were painted just under the paw
8.  The Mad Dog 20/20 bottle left at the scene had an orange flavor label.
7.  Will Merritt’s finger prints were on the Rush’s chicken basket bag found nearby.
6.  The getaway pig in the parking lot left too many fresh droppings.
5.  Only Clemson fans would think of vandalizing a team they had lost to five times in a row.
4.  Manure smell near the paw indicates Clemson’s homecoming queen had recently been there.
3.  The words “well at leist we beet ahio stat” could only have been written by a Tiger Honor Graduate.
2.  Trashed receipt from the Pendelton “Li’l Cricket” was paid for in deer corn.
1.  The art was sponsored by “The History Channel” just like the Clemson football team.
Posted by Cock-A-Booster at 2:25 PM No comments:

Not time to panic about baseball…yet 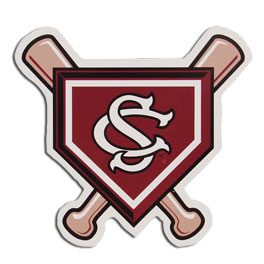 We’re not used to losing streaks in baseball at Carolina, nor should we ever get that way.  But just because we’ve lost a few recently after a very hot start, I don’t think we should overreact.

First off it should be noted that our pitching staff has been lights out, even through our recent “struggles.”  And with Gumby returning to form of late after some early hiccups, that will only get better.  I will take our starting rotation over anyone’s.  This is important because when it counts for Omaha, give me deep pitching over deep hitting anyday.

But yes, we have definitely struggled at the plate since the conference schedule started.  Granted the schedule has been brutal and we don’t get to play Clemson anymore.  So some of that was to be expected.  But I will admit we are weaker in the lineup than I thought we’d be.  Yes, we need some noticeable improvement if we’re going to think about Omaha.

I still think we’ll get there.  Despite how “horrible” things have gone in our minds, we are 2 games out of the best record in the SEC.  (This is being written the day we open the series at Auburn so that could change either way starting tonight)  We have half of the conference schedule left too.  Not a bad place to “bottom out” IF we have bottomed out.

Auburn is last in the West and is tied for the worst record overall so we should certainly win at least 2 this weekend.  I think we will.  Then we get Alabama at home next week so it’s hard for me to take seriously the notion that it’s “over” as some chicken-littles have.  We just need to suck it up, get over the close losses to Florida and start playing ball like we’re capable of doing.  And for those who are starting to whisper about Coach Holbrook, go soak your heads.  You question him, you question Ray Tanner too.  Coach Tanner hand-picked him as his successor and he will be fine. 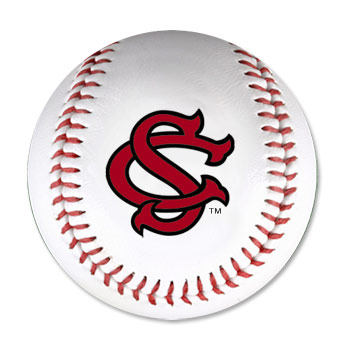 Stop looking for land mines and start seeking out opportunities.  If any program at USC deserves that it’s baseball.  Why is it that Carolina fans are always 1 game away from their next losing streak while other teams view it as 1 game away from their next winning streak?  Here’s hoping for a good weekend on the Plains and a series win.  We need it and it would set up a VERY big weekend at “The Ray” when the Tide rolls in.

Stay calm and keep focused folks.  As we know in Columbia, Championships happen in June on the diamond, not April.

It's a great time to be a GAMECOCK!
Posted by Cock-A-Booster at 2:23 PM No comments: