The state of the Gamecocks: Dadgum Good! 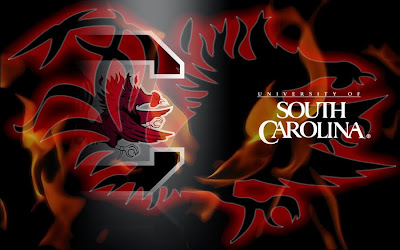 There seem to be some folks out there who just can’t understand why Carolina fans are perfectly happy with the program right now. After all, we lost at Tennessee this year right? All I can say to those folks who want to believe that is that they must not understand our history. This especially holds true for our friends in Orange from the Upstate. I have actually been surprised at how many are almost obsessed with proving that we shouldn’t be content.

That is strange because history is the only thing I hear coming from their mouths when I want to discuss the win streak we have over the Tigers. They cling to history like a baby kangaroo on the pouch nipple. But history is supposed to be COMPLETELY ignored by USC fans? Okay. Whatever makes you feel better.

So I will play along a bit and say this: Yes, this is by far the worst 32-5 streak I have ever lived through as a Carolina fan! It’s just been a nightmare! See how stupid it looks when you actually type it out? Following the 2008 season, we had managed to land all of 2 nine or more win seasons in our history. 2!

Add in that from 1976-2008, we had gone 8-24-1 against Clemson and were hardly an afterthought in the SEC East. Not good. Since then we have landed an SEC East title, have gone 5-0 against the Tiggers, and have more wins against the SEC than we have ever seen. Also, we have had 4 straight seasons of nine or more wins, including 41 wins. Three of those seasons grabbed at least 10 victories with 2 of them at 11. A win in the Citrus Bowl would mean three straight 11-win campaigns as well.

That’s the past and present, so what about the future? We are losing all of 8 names off the roster and 7 scholarship players counting the juniors leaving early. 8. We have a much more manageable schedule as well in 2014. Yes, we have road trips to Fla-duh and Auburn but you don’t play in the SEC without at least a tough road game or 2. This ain’t the ACC after all. And the good news is that our other 3 road games are against Vandy, UK and the Upstate Udders.

If there is one lingering doubt I have, and it’s not a big one, it’s whether or not we will be “fired up” enough for the upcoming bowl game. I think we will, but I am always preaching about how important motivation is for these contests. Are we the better team? Yes. But we were also the better team than UConn in Birmingham. As I always say I don’t care if the best team wins. I want my team to win. So fans of other schools, please continue to spend whatever energy you like poking holes in our results. Especially my friends in O-range. I will continue to just chuckle and stare at you like a zoo exhibit. I waited a long time and sat through a whole lot of bad football to have a program like this one. Bring on those old Badgers in Orlando!

It’s a great time to be a Gamecock! 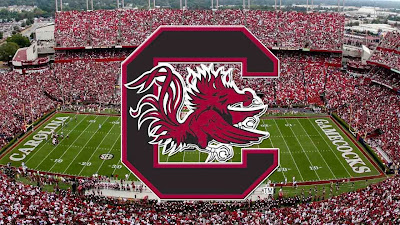