THE CRANKSHAFT GAZETTE: Some random thoughts...

Steve Spurrier angry at Target for lack of coupons after Christmas
December 24, 2012 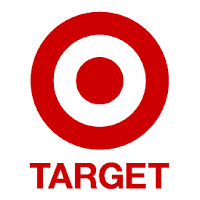 Steve Spurrier is known for his strict attention to detail when it comes to clipping coupons.  Friends and family talk about how he is always the first to arrive at the Harbison Boulevard Target the day after Christmas to “get ahead” for next year.  But the Head Ball Coach is protesting this week after Target failed to offer any store coupons that he could “stack” with manufacturer’s coupons.

“Yeah, I normally can save a good amount of money by playing Target off against Wal-Mart.  But those guys appear to be cheating now and I’m not putting up with that.

Spurrier had planned to buy a new set of oven mits and the new Nicky Minaj album but he now says no way.  “I think instead I will head over to Wal-Mart and pick up some scented candles.”

Garcia invites Connor Shaw to hang out at Busch Gardens

Stephen Garcia was excited to hear that Carolina was coming to Tampa for the Outback Bowl.  He immediately asked his Mom if he could invite his old buddy Connor to go to Busch Gardens together while USC was in town. Debbie Garcia thought it was a great idea.  “We plan to pick up Connor one day and I will drop the boys off by Cookie Monster’s Trading Post.  I hope they don’t go on Air Grover though.  They are big boys but I don’t want anyone getting hurt.”
Shaw was so excited to get the call and he hasn’t been able to sleep since.  “I was hoping Stevie would call since we were going to be down there.  The Wild Surge is no fun unless he goes on it with me.” Shaw says he hopes the day ends with a sleepover at the Garcia’s house.  “Ms. Debbie makes the best pancakes and I have a new Iron Man sleeping bag.”