Blaming the defense is silly 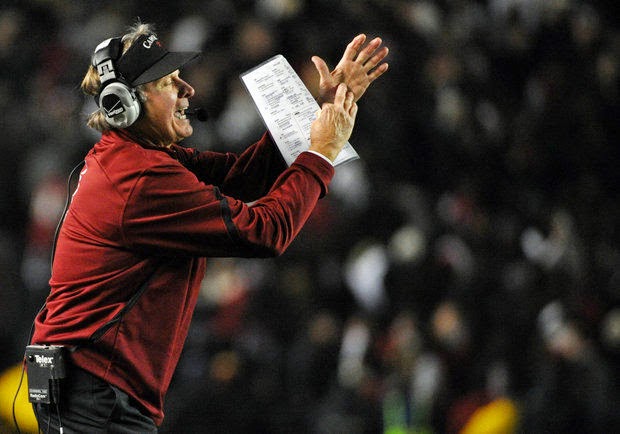 Before anyone gets outraged by the title of this column, I simply ask you one question:  What kind of football team were we told this was going to be in Columbia this fall?  All I heard was that we were going to be a ball-control offense behind the greatest offensive line in the history of the school.  That superhero line was going to allow us to keep our young but talented defense off the field enough to get experience.  I never heard anyone say that we could depend on them to be on the field the whole night against a red hot offense while the only offense we generated was a couple of nice long passes.

I know, I know.   Texas A&M got a bazillion yards and scored 52 points.  I get it.  We stunk on defense on Thursday night.  I’m not ignoring that fact when I type this.  But to me, this debacle we all had to choke down the other night was mostly about our lack of a running game.

Running the ball and controlling the clock was to be our identity folks.  When that didn’t happen, a whole bunch of holes that were supposed to be covered and have time to fill were flat-out exposed.  And please don’t come to me blaming #17.  Outside of one bad decision when he was desperately trying to bring us back in the second half, I was happy with Dylan Thompson.  366 yards and 4 TDs from him were almost enough to keep us with a pulse on Thursday. 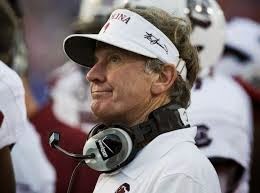 Sure we looked like a pig on roller skates trying to stop them.  We all understand that.  Saying we were “embarrassed” doesn’t do justice to how that dumpster fire felt to watch.  But if the season is going to turn around and we’re going to bounce back, the fix lies on the line of scrimmage and with our running backs.

Dylan was billed as another Phil Petty type of QB and I think he is just that.  When we’re playing our game (ball control) he is more than capable of leading us and making big throws.  And unless we improve significantly in the trenches, East Carolina could be A&M the sequel.  The Pirates come in with question marks on defense but with the ability to score some points through the air.  Sound familiar?

So pardon me if I don’t exclusively jump all over our defense this week.  I’d like to see that magical, one of a kind, herculean offensive line improve this week and get us some drives that last over 2 minutes as well.  When Penn has laryngitis, you don’t expect Teller to be a professional orator.  Similarly, when we can’t control the ball, don’t expect our defense to all of a sudden become something it was never intended to be.

It just ain’t gonna happen this year folks. It's a great time to be a GAMECOCK! 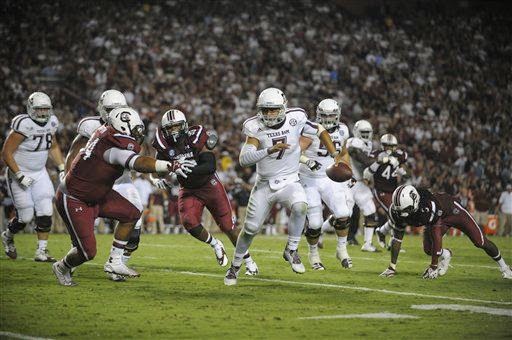