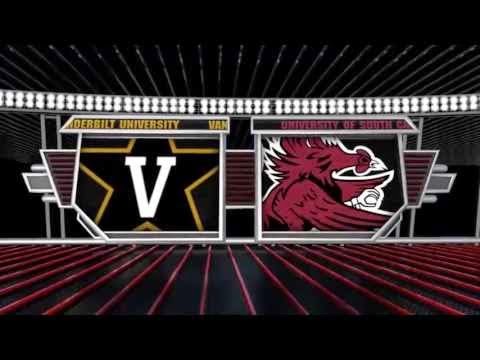 Vanderbilt Head Coach Derek Mason thinks it’s unfair that his Commodores always have to beat their opponents on the football field.  In his mind that sends the wrong message on the importance of academics in College Athletics.

In that spirit, Mason and his Nashville Boat Captains would prefer a College Quiz Bowl format for the upcoming match with the Gamecocks.  “What all-knowing Supreme Being or Board decided that football is the only way to determine who has the better football team?” said Mason, who was visibly frustrated that his Commodores never get to flex their academic muscles.  “Frankly, you can tell more about what kind of team you have by answering questions about the Modernization of China and Japan as opposed to who has the better running game."

Steve Spurrier answered back that Carolina would not agree to the proposed new format and that football rules would still be used.  "Well, then he is just scared.  Sure, maybe they can run, pass, and kick better than us.  Maybe they are the better 'team' in that sense.  But who knows more Euclidean Geometry? Vandy baby! Go Dores!"