MOO U News - ACC apologizes to the nation, wants to merge with the WNBA 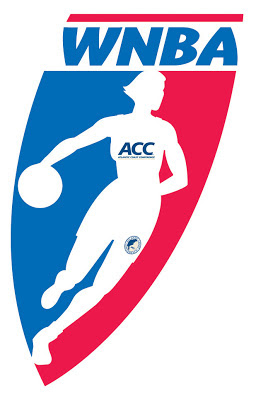 By Rusty Crankshaft
-----------------------------------------
The Atlantic Coast Conference has been in a football decline for a number of years, and now finds itself in serious trouble of being demoted out of the BCS.  ACC Commissioner John Swofford said the problem hit him last year square in the face, and it only has gotten worse in 2012.   “ACC Football has truly become the #1 joke in college athletics, and we know something must be done.   If we’re not careful, Clemson is going to become the face of this conference and we saw last season what that gets us.  We are just lucky they were able to ‘smoke and mirror’ their way to a touchdown win over an SEC team that is having their worst season ever.”

Swofford says ACC officials pray daily that FSU won’t get beat again so at least they can ship Clemson off to the Tire Bowl.  “Yes, that way nobody would have to watch their Coach make a monkey of himself for the fortieth time.  Last year that moron demands the nation acknowledge that they would learn all about Clemson’s defense in the Orange Bowl.  Then five minutes later they give up 70 points.  You can’t make that up.”

The Commissioner says steps are being made to remedy the situation.  He says that the next year or two are just an embarrassing dose of medicine the conference must choke down before things get better.  “Hey we went and begged and begged Notre Dame to sort of lend their name to us as long as we did whatever they wanted.  And we’ll make sure to keep Clemson and FSU out of South Bend for as long as we can to avoid any more uncomfortable losses.”

But the embattled leader of the deteriorating league knows that something big has to occur to truly save the ACC long-term.  “Yes, if we want to be able to continue wasting BCS bids, more must be done. “  In that spirit, the ACC is reaching out to the WNBA as a potential partner.  “Talk about a no-brainer,” noted Swofford, who feels that whatever the WNBA is doing to stay afloat is something the ACC should consider.  “5 people watch the WNBA annually but it’s still alive.  If we can merge with them we should be able to hang around like a festering hemorrhoid for many years in college football.”